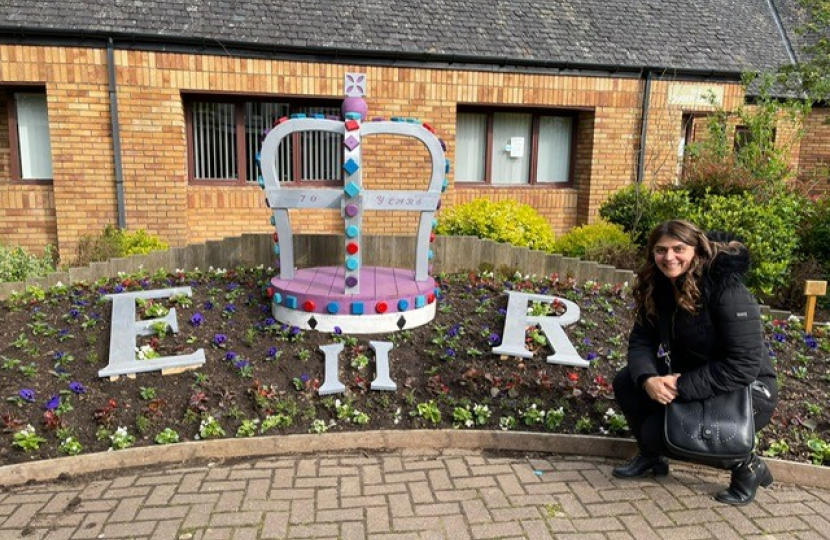 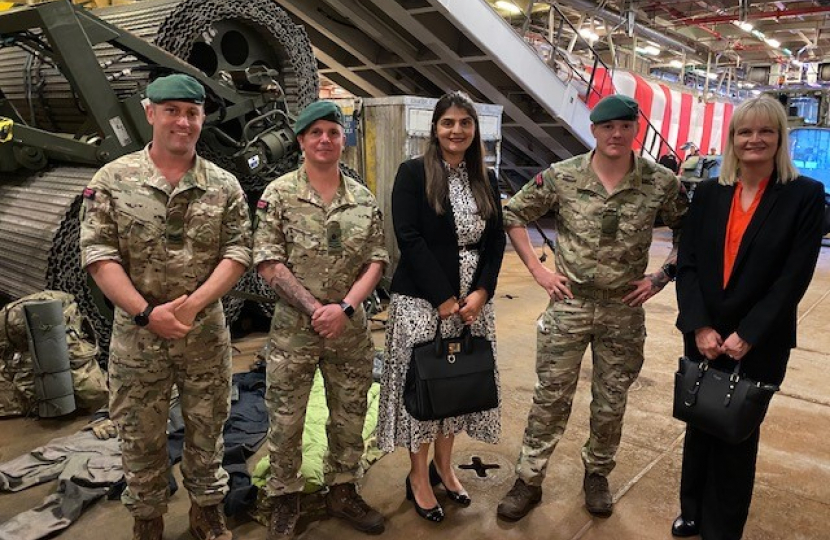 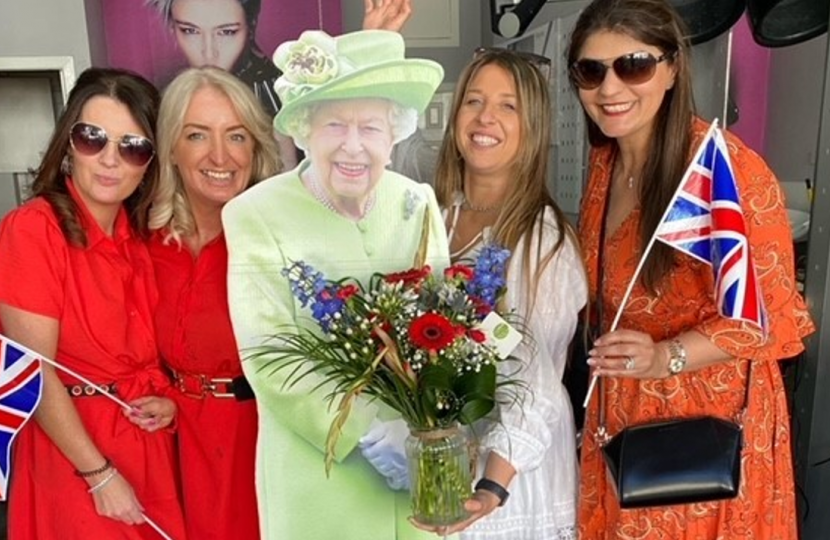 In February, I was honoured to speak in a debate commemorating the 70th Anniversary of Her Majesty’s Accession to the throne, where I spoke in great depth not only about her role as the longest reigning Monarch, but as an inspiration for women across the world.

Her Majesty has been a wife, a mother, a grandmother, and garnered the respect of world leaders, at a time when it was still uncommon for women to be in a leading role, let alone head of an entire nation and the Commonwealth.

As a young woman, she was thrown into a role that carries immense responsibility yet has never second-guessed her decision to put Crown and Country first.

She has been a constant source of stability, comfort, identity, and inspiration for the whole nation, and stands at the heart of British values, at the core of our identity as a nation.

And so, given the chance to celebrate Her Majesty, on the run up to June 2nd, you could feel the buzz of anticipation in the air as local businesses, shops, and people prepared for the celebrations.

Admittedly, I am not immune to the allure of hanging up bunting – there’s just something about looking at the Union Jack, that makes me so proud to be British.

So, naturally, I brought some in with me to my parliamentary office to spread the jubilee cheer with my staff and colleagues – not that that’s necessary. As expected, many of my colleagues took to do the same, so there were more Union Jacks than is standard in the Scottish Conservative MSP block. And let me tell you, the standard – is a lot.

From June 2nd – June 5th the United Kingdom erupted into celebration, to mark Her Majesty, Queen Elizabeth II’s, 70 years of dedicated and loyal service to our wonderful United Kingdom. Her Majesty made history, becoming Britain’s first Monarch to celebrate a Platinum Jubilee – it truly is a remarkable occasion.

On Saturday, myself and my colleague Sharon Dowey MSP were invited to have a tour of HMS Albion and a Platinum Jubilee lunch onboard with the Captain, hosted by The Naval Regional Commander (NRC-SNI) Scotland and Northern Ireland – Brigadier Andy Muddiman ADC RM, whilst the ship was docked at Ocean Drive.

The event was a fantastic way to celebrate Her Majesty’s Platinum Jubilee. I had the opportunity to discuss skills challenges with Rear Admiral Iain Lower, Commanding Officer Captain Simon Kelly, and Honourable Captain Paul Little. They also told me many interesting details about this astonishing vessel.

The Platinum Jubilee also saw the beginning of Milngavie Week, which featured the Milngavie Classic Car Show, arranged by a show of volunteers from Milngavie Community Development Trust. The event celebrated 70 years of the development of cars over the decades of Her Majesty’s reign.

Local businesses decorated their store fronts, and really got involved in the day. It was a great opportunity for local businesses to partake in and make the most of the Jubilee celebrations.

Later in the week, I attended the Milngavie Floral Walk. Despite the rain pouring down on us, nothing could distract from the beautiful floral displays throughout Milngavie. Massive credit is owed to the fantastic volunteers from Milngavie in Bloom, who do an amazing job all year-round keeping Milngavie looking beautiful.

All in all, it was a fun-filled few days, and it was great after 2 years to see the streets bustling with local businesses and their customers, and really feel that sense of community as people came together in towns, across the country, and across the United Kingdom to relish in our mutual pride for Her Majesty, and the United Kingdom, over which she Reigns.

Even if you were unable to get out and enjoy the celebrations, the televised events were just as magnificent. I especially loved the sketch with Paddington Bear – I love to see Her Majesty’s sense of humour radiate through the nation.

Once again, I extend my thanks and warmest congratulations to Her Majesty the Queen for her 70 years of service, long may she reign!