It's time for the SNP to focus on restoring our schools - not using them for political indoctrination. 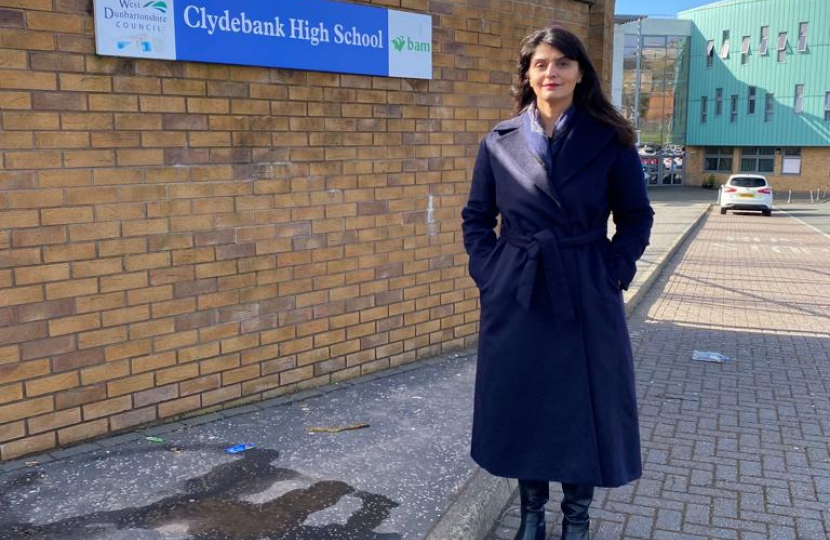 It’s about time SNP quangos stopped being used as vessels to politicise education, and instead, started to address the falling standards in Scottish schools.

At the end of March, I saw a headline stating: “Scottish Pupils will be taught the Loch Ness monster is anti-Scottish because its legend was a creation of the British class system that portrayed Scotland as ‘primitive”. Seeing this headline at the time, I was perplexed. I still am.

Education Scotland, who are soon to be defunct, considered this teaching material to encourage debate, analysis, and understanding.

However, in reality it is a baseless, needless, and unwarranted attempt at disseminating anti-British attitudes into Scottish schools. Not only are the teachings based on a fundamental Scottish nationalist perspective, but the materials are poisoning one of Scotland’s most renown tourist attractions. Annually, Nessie brings over £40 million to the local economy per year.

Several months on from this debacle, we find more of this kind of material in our classrooms as a 34-page study-aid grabs the headlines for the absence of political neutrality. The modern studies booklet for S1 pupils contains 16 photos of the first minister and other SNP politicians, as well as illustrations of two completed ballot papers with the boxes ticked for pro-independence parties.

Being fair to this leaflet, it contained one picture of the Scottish Labour MSP Monica Lennon. But Scottish Labour are not Scotland’s largest political party, nor are they the largest opposition party.

There was no mention of the Scottish Conservatives at all.

A professor of Education Policy at the University of Edinburgh condemned the materials, stating “it is so one-sided as to be seriously misleading and ought not to be used for teaching in any educational institution.” She further examines key facts which the material ignored, such as the positive case for the Old Style of Union, reserved powers, and other arguments opposing independence.

As politicians, as parents, as individuals who value democracy, we should all be weary of nationalist propaganda seeping into classrooms.

I have frequently submitted questions to the Scottish Parliament since March about political neutrality in schools – prior to these stories making headlines – following a constituent who raised concern that his daughter was being tasked with writing essays about the arguments for independence.

But thus far, this has been to no avail as time and time again my question has failed to be selected.

In February, the UK Government published guidance on political impartiality in schools. This urged teachers to encourage independent thinking among pupils, and to only teach fact. But, as education is a devolved matter, no such guidance has been issued in Scotland.

Either way, the Scottish Conservatives are taking this issue seriously and will be investigating the matter further to ensure that the teaching materials distributed in schools are politically neutral and factual, and that the materials are taught in an objective manner.

The Scottish education system has been repeatedly criticised for its falling standards, withdrawal from international comparisons, and its wide attainment gap. These are the issues whereby education quangos need to shift their focus increase their creativity and innovation. That will certainly not happen by indoctrinating pupils with a one-track mind when it comes to political, historical, and economic views.

Without diversity of thought, how can we expect pupils to engage in independent thinking and come to their own conclusion? Should this kind of political indoctrination be allowed to continue, a bitter taste will inevitably be left in the mouths of all those who value Scotland’s education system.

If anyone resident in my region would like to contact me about this issue, you can reach me at: pam.gosal.MSP@parliament.scot