Levelling up agenda will reach communities long-forgotten by the SNP 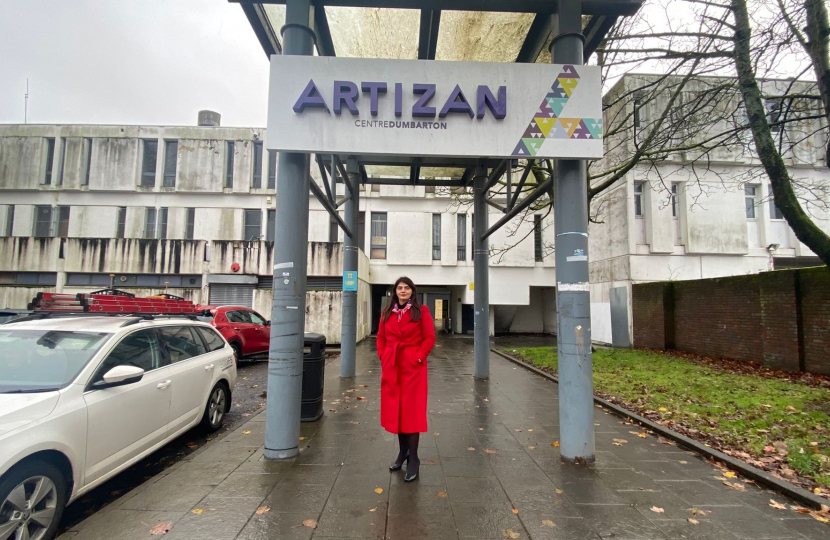 For some time now, we have heard much talk from the UK Government about the concept of ‘levelling up’. And while some people have questioned what such a concept even means, for people in many areas of the UK, its meaning couldn’t be clearer.

For areas of the UK that have been victims of long-term underinvestment, and have suffered from slower growth and under-performing public services as a result, levelling up means actively taking steps to reverse this trend.

As an MSP for West Scotland, the potential benefits of the levelling up agenda are all too clear to see. Under this SNP Government, areas in my region such as West Dunbartonshire have long been forgotten.

Such neglect is not just limited to West Scotland, of course. Communities across the whole of Scotland have had to watch their councils’ budgets be slashed while the Scottish Government’s budget has grown – and this only looks set to continue with a further £250 million real-terms cut to local government in 2022-23. Given this is just one example of such neglect, talk of levelling up will no doubt be welcomed in many areas of Scotland.

But on 2 February, the levelling up narrative turned from talk into action, as the UK Government published their Levelling Up White Paper. Fundamentally, this White Paper will act as a roadmap to create opportunity across all corners of the UK over the next decade.

We already knew of some of the benefits that the levelling up agenda is bringing to communities across Scotland. Last year, Rishi Sunak announced that eight projects across the country had been allocated a total of £170 million as part of the first round of funding. This includes an investment of nearly £20 million in Dumbarton Town Centre, which will inject new life into the town through several restoration projects.

This followed nearly £1.5 billion of UK Government investment in City and Growth deals covering every part of Scotland, including over £500 million in the Glasgow City Region Deal, which is set to deliver around 29,000 jobs and bring further growth and opportunity to communities across the West of Scotland.

But with this White Paper, the UK Government have confirmed the full reach of their levelling up agenda. For example, this paper confirms that the Glasgow City-Region will benefit from a share of £100 million of investment in three new Innovation Accelerators. These private-public-academic partnerships will aim to follow international examples in combining world-class research and innovation, which can then be adopted by industries that stand to benefit from this.

Through initiatives such as these, the UK Government is delivering on the commitments pledged in its levelling up agenda. But not only this, by delivering much-needed investment directly to where it is needed, the UK Government is helping to end the long-running neglect that many communicates have suffered from as a result of an SNP Government that has been too obsessed with its own pet projects to notice.

I therefore welcome the publication of this White Paper, and will look forward to seeing the benefits that levelling up will deliver over the coming years, both in my own region and in communities across Scotland.