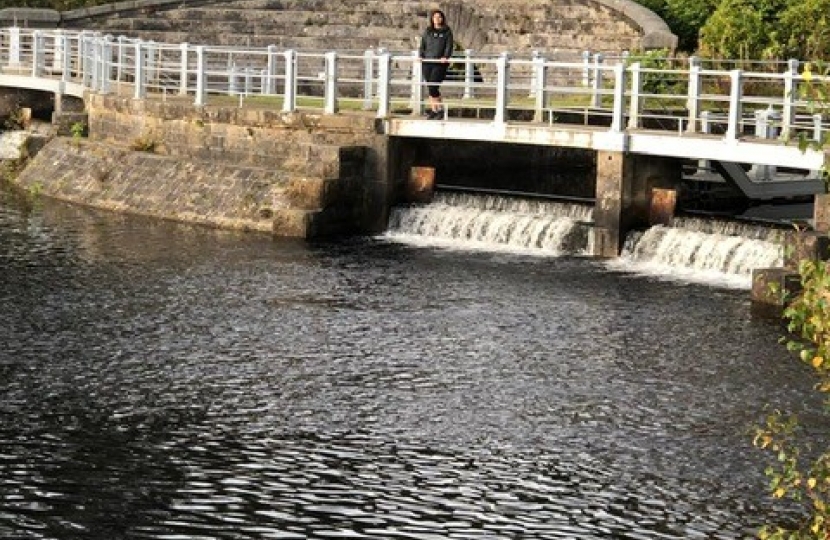 Milngavie water treatment works, or as the locals call it “The Waterworks”, was and still is an engineering marvel to be proud of. Its construction was ordered in response to poor water supplies in the area, mainly from the river Clyde, being plagued with diseases such as cholera and typhoid. The completion of the reservoirs led to the almost complete eradication of these diseases from the area. Constructed began in 1855 and was completed with a Royal Opening by Queen Victoria in 1859.

The water works was initially served by the Mugdock reservoir, with the Craigmaddie reservoir being opened in 1896. Both are supplied by Loch Katrine 32 miles to the north. They can store enough water to supply those it serves for 7 days, with more than 50million gallons per day coming from Loch Katrine. Due to Milngavie’s elevation being 120m above sea level the waterworks can provide water to the people of Glasgow without the need of pumping stations. In 2005 and 2006 both reservoirs were drained to facilitate the laying of pipes for a new third reservoir, the Bankell reservoir.

This new reservoir began supplying the people of Greater Glasgow in 2006. Bankell is a completely different design to the older Victorian reservoirs which were already operating. It is 80% underground and is one of the largest holding tanks of treated water in the world. Its underground design minimises damage to the local environment and protects the stored water in spells of hot weather. The construction of Bankell was ordered in response an outbreak of the Cryptosporidium parasite due to the flooding which hit the Greater Glasgow area in 2002.

In the wake of the September 11th attacks security was tightened. High metal fences were erected to “Prevent terrorist attacks”, a move which left locals puzzled and irritated. The Ministry of Defence had ordered the erection of the fences as a spate of attacks whereby Anthrax had been delivered to politicians had taken place. Local residents pointed out that the fences would not be able to prevent a powder being introduced to the water, however the MoD insisted on the fences staying, until 2014 when they were removed, restoring access to the public.

“The water works truly are a marvel. An engineering project of this magnitude is impressive enough, but the impact that it has had on the lives of people in the area is immeasurable. Clean drinking water is a basic human right and the construction of this reservoir provided that to hundreds of thousands of people. But the benefits of the waterworks go much further than just providing fresh water. It provides an area for local people to meet, exercise, and unwind. This is a huge asset for people all over the region for physical and mental wellbeing.”