Neither students nor universities are a priority for this SNP Government 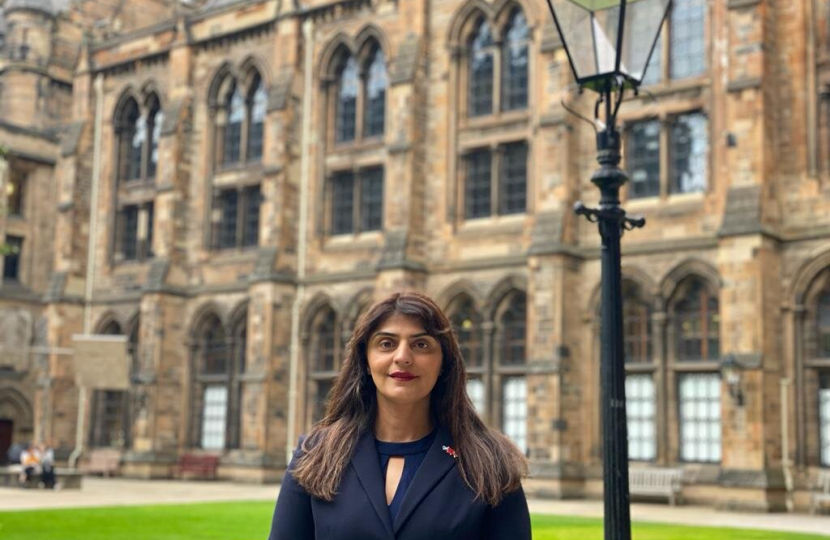 For well over a decade, the SNP have used a policy of free university tuition to create a smokescreen that hides a higher education sector that is not only overstretched and underfunded, but is also failing to help Scottish pupils progress into university.

While I firmly believe that university tuition should be provided free of charge, it is clear that such a policy by itself is not enough to guarantee improved access to university education. Because, while the SNP have kept free tuition in place, they have also introduced a cap on the number of university places that are available for Scottish students.

In practice this means that, every single year, thousands of Scottish applicants fail to gain a place at university despite fully meeting their courses’ entry criteria. All too often, the SNP’s system of capped places results in fee-paying students from overseas, or even from elsewhere in the UK, being chosen over Scottish applicants.

But while free tuition, by itself, does not guarantee improved access to higher education, nor does it guarantee that universities themselves will be well-funded. And sure enough, universities are yet another area that have seen a gradual erosion of funding under this SNP Government.

Since 2014-15, there has been a 13 per cent real terms cut in core university funding, amounting to a loss of £869 per student over this period. For every Scottish-domiciled student claiming free tuition, universities are paid just £1,820 per academic year – a figure that has remained frozen since as far back as 2009-10.

The university estate itself is in need of urgent investment, too. Analysis by Universities Scotland – the voice of Scotland’s higher education sector – has found that over £800 million of investment is needed in university buildings just to make them fit for purpose.

These funding cuts not only hurt our universities’ ability to provide the world-class tuition they are known for, but also their ability to carry out world-class research.

A recent review by the Scottish Funding Council found that the funding model that Scottish universities are subject to results in the research carried out by universities being done at a loss of over £300 million each year. Such under-funding of research is already having consequences, with Scotland’s success rate in winning UK-level research funding having fallen from 15 per cent in 2013-14 to under 13 per cent in 2019-20.

So despite the rhetoric that this SNP Government has tried to spin on this issue for years, the truth is that university education in Scotland is simply not able to live up to its enormous potential under this government.

Higher education – of a world-leading standard – should be accessible to any young person who decides this route is right for them. This means scrapping the unfair cap on places for Scottish students. It means funding our universities properly. But more than this, it means acknowledging the vital role that university education can play in the lives of so many young people, and treating this vital sector as the priority it should clearly be.