NHS Scotland under the SNP: A broken dream 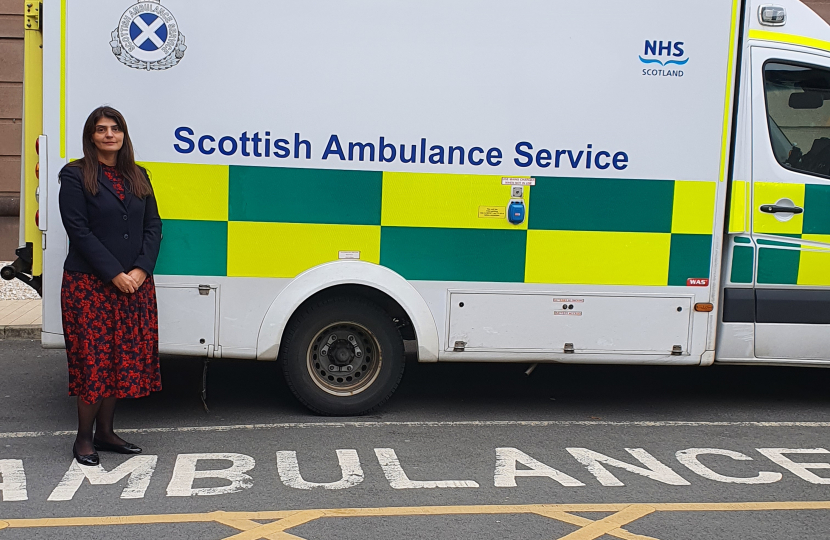 Despite the NHS undoubtedly playing a huge role throughout the pandemic - with staff putting their lives on the line to take care of our loved ones – the systemic cracks within NHS Scotland became evident.

The SNP, since the outbreak of coronavirus, have often used new variants, new waves, and new restrictions as a shield to defend their complete and utter incompetence in taking control of the crisis facing our health services.

However, without another outbreak, the most recent catastrophic failure has been dubbed as a shortage of staff due to the school holidays.

Forgive me, but school holidays cannot and should not be an excuse for soaring A&E waiting times – and if they are, then there is real cause for concern.

And despite, there has been no progress. Months have passed since the SNP released its plan to tackle the backlog, and disappointingly, it has amounted to nothing more than a flimsy pamphlet; and waiting times have actually gotten worse.

Whenever the SNP are questioned on their poor record in Health and Special Care. They deny, deflect, and ignore, instead of offering viable solutions. Unfortunately, an SNP Government that is unwilling to acknowledge its failures, is by default, incapable of adapting and improving.

In the week that Scotland has recorded its worst ever A&E waiting times on record, the SNP have decided now is the time to release their second paper on their pretend-referendum – once again, showing that their priorities are not the people of Scotland. Their priorities are division, and nationalism.

With A&E waiting times well below the Scottish Government’s own target since 2017, save for a brief reprieve when lockdown restrictions were announced in 2020, to suggest the pandemic is to blame – is nothing more than a pathetic, feeble excuse.

Even the number of people waiting for treatment is soaring, with surgeons fearing it could take years to clear the backlog. Of those 533,000 patients on the waiting list at the end of March, around 1 in 9 had been waiting for more than a year. But some people do not have years, people cannot afford to be bed-ridden for months awaiting treatment. And that’s why it is imperative that the Scottish Government change course.

But nothing has been done. Not yet. Instead, NHS strike action is looming, with 8 in 10 believing there are not enough staff to provide safe and effective care for patients. But the SNP Government were warned this could happen.

The Scottish Conservatives challenged the SNP on the contents of a survey distributed by the Royal College of Nursing Scotland, that showed less than a quarter of shifts had the planned number of registered nurses on duty, the lowest of any country in the UK. At the same time, a frightening 9 in 10 nursing staff, said that staffing levels are not sufficient to meet the needs of patients.

And it’s not just hospitals that are seeing a fall in quality and standards, satisfaction with GP services has consistently fallen since 2009 and dental treatment figures remain pitiful.

The NHS is failing under SNP control. While the SNP Government denies a cacophony of problems, passes the buck, and is needlessly fantasising over their neverendum, the Scottish Conservatives have a plan. A real plan.

The problems stem from the complete absence of workforce planning. The Scottish Conservatives would work to agree a new multi-year pay deal for Agenda for Change staff as well as doctors and dentists.

In addition to this, we would fully establish a Scottish Workforce Specialist Service to provide ongoing mental health support to NHS and social care staff and work with the UK Government to address the pension taxation issues preventing senior consultants from working extra shifts.

But long-term change is needed and that requires workforce planning for the whole of NHS Scotland. It also requires a strategy to address staffing concerns, and so we continue to call for the removal of the cap on funded places for frontline medical students. But we need to go further than that, we need to come up with constructive ways to ensure careers in the NHS are incentivised.