Now more than ever – we must unlock the potential of apprenticeships 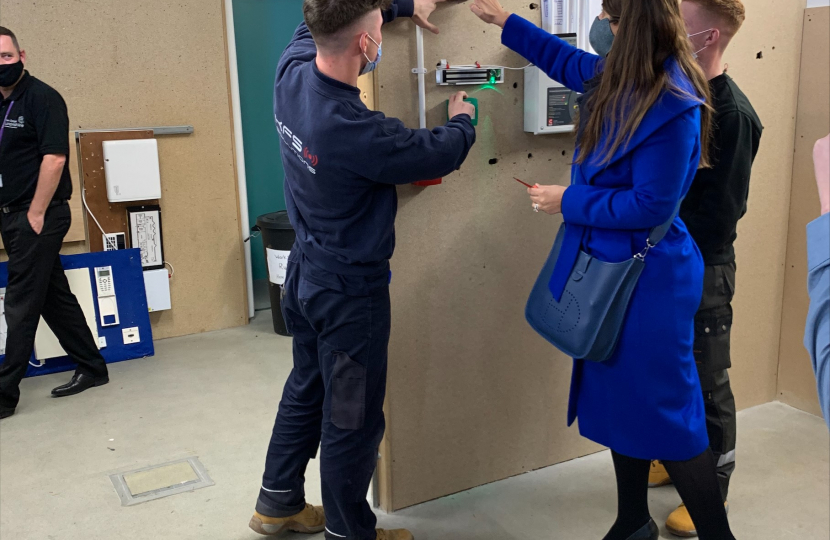 As the shadow spokesperson for higher and further education, youth employment and training, it is only appropriate that I have spent this week promoting the importance of apprenticeships to employers, to apprentices themselves, and to the economy as a whole.

But the importance of apprenticeships is something I championed long before ever arriving in politics – indeed, it is something I have experienced first-hand. When I was a teenager, my father took me under his wing and taught me the fundamentals of not only the family business, but of the world of work more generally.

It was only thanks to the tutelage of my father that I was able to step-up, take over the business and provide for my family when my father sadly passed away. The skills I gained set me up not just for the subsequent years, but for the rest of my life. And while I have since followed this training up with a university degree, an MBA and, more recently, I handed in my PhD, it was these early, formative years where my educational journey began.

While these days we may call this process an apprenticeship, the truth is that this type of learning process has existed for a very long time. This type of on-the-job education was vital to the labour market long before I was able to benefit from it, but now in 2022, it is becoming more vital than ever.

The Covid-19 pandemic has shaken up Scotland’s labour market like never before. Many industries have suffered, while some others have thrived, and all the while a worldwide labour shortage has resulted in many companies unable to find employees with the skills they need. Consequently, there has never more of a need to reskill and retrain to react to a changing jobs market.

The journey to Net Zero, too, has brought the importance of apprenticeships to the fore. The scale of the changes needed to reduce our emissions will require nothing short of a green skills revolution. Demand for skills such as installing and maintaining zero or low emission heating systems – such as heat pumps – will see huge increases as we begin retrofitting these systems to Scotland’s two million-plus households. It is not overstating the situation to say that this will require retraining on an unprecedented scale – and this is merely one example of the retraining that will be needed over the coming years.

But while this downturn in apprenticeships is particularly concerning in the current environment, it is unfortunately not surprising. This week, I have spoken with numerous colleges, employers and apprentices themselves, where I learned of the significant challenges obstructing this career pathway.

For example, it is clear that more still needs to be done promote apprenticeships – too many young people are simply not aware of the opportunities that exist in this area. There are also long-lasting issues with gender balance in apprenticeships, with employers consistently telling me they struggle to attract females to what are perceived as male dominated roles. But perhaps the biggest single problem facing apprenticeships is one of perception.

For years, apprenticeships, along with further education and work-based learning generally, have been perceived as a less worthwhile pursuit when compared to university. But the truth is that, while university may be the best option for some young people, no single pathway is right for everyone and it is important that young people know there is a genuine choice before them.

Given the important role that apprenticeships have played for so many people and businesses in the past, and will continue to play going forward, it is important that we debunk this misconception and break this stigma. The onus is on all of us, not least this SNP Government, to speak out on behalf of this career path, to encourage all school-leavers to be open minded about the options that are open to them, and to leave no stone unturned in unlocking the full potential of every learner across Scotland.