Our Councils are crying out for funding 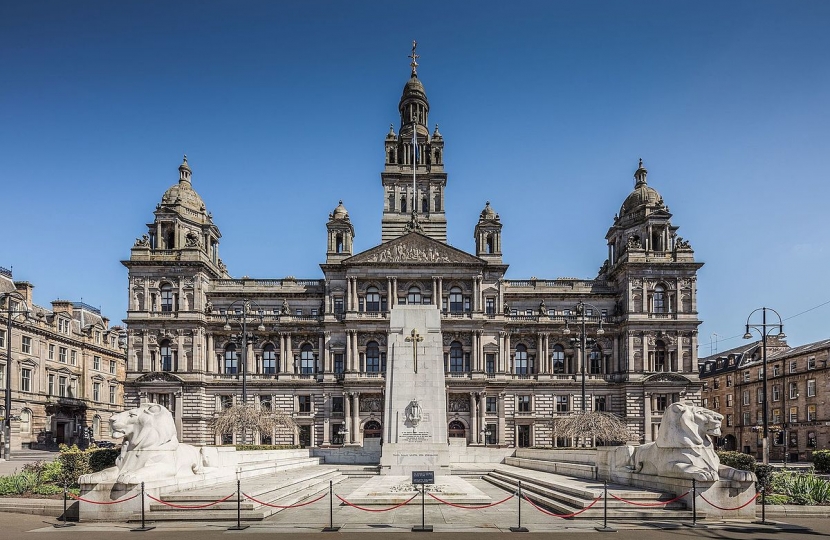 Back in October I wrote here about the importance of adequate funding for local government and their subsequent ability to provide vital public services in West Scotland. Once again, I must condemn the actions of the SNP-Green Government and their shocking draft budget for 2022-23.

The budget makes a £371 million real terms cut in core funding to local government. This means that in my region, West Dunbartonshire Council are facing a funding gap of around £7 million, a significant blow to any Council trying to provide quality services and support for residents.

In a region with some of the highest numbers of child poverty, homelessness, and domestic abuse, those funds are fundamental to the provision of services, programmes and campaigns which aim to alleviate these devastating issues impacting the area.

Earlier in the year, the SNP Government announced their decision to take away vital Attainment Challenge funds – likely to worsen already damning poverty attainment gap levels, which have already been exacerbated during the pandemic. For an area like West Dunbartonshire, this is another devasting blow to the education system and the pupils in it.

West Dunbartonshire Council has introduced some fantastic policies, such as the ‘No Home for Domestic Abuse’ policy, which seeks to protect individuals from their abusers by ensuring that victims are not forced out of council properties, but rather that the abuser is removed and rehomed away from the victim.

But schemes like this require funding, and I am extremely concerned that the cuts to local government funding will risk the council’s ability to provide these vital initiatives that are crucial to the welfare of our community.

We can all be understanding of the fact that the pandemic has significantly impacted finances. However, that is not as an excuse for the increasing austerity and inequality spreading across Scotland.

The UK Government has provided Scotland with its highest funding block grant since devolution; the UK Treasury has time and time again committed to increase Covid consequentials. Yet the SNP continue to cut funding and stand by as Councils are forced to make devastating cuts.

While Councils have experienced cuts, the SNP have instead awarded a further £21 million to their constitutional budget, not to mention the £36 million spent on foreign aid to promote independence; the lost £45 million in EU funds that must be paid from Scottish Government accounts; and the millions in tax payers money wasted on projects that are unlikely to achieve value for money.