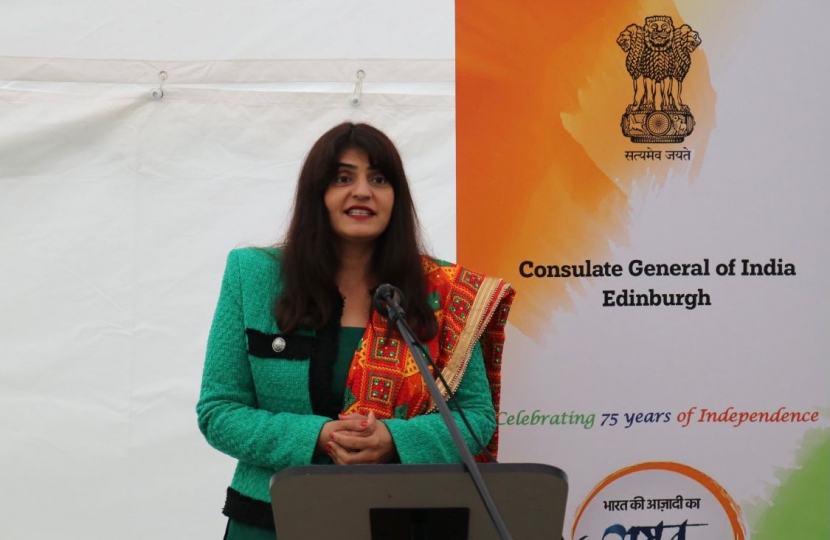 The West Scotland MSP was invited by the Consul General and recently established a Cross Party Group at the Scottish Parliament which seeks to strengthen the well-established relationship between Scotland and India.

Dignitaries, including local MP Martyn Day, the Lord Provost of Edinburgh, Councillor Frank Ross, and the Provost of South Ayrshire, Councillor Helen Moonie, and members of the Indian community from across Scotland were invited to join the day’s celebration, and witnessed, singing, dancing and a poem recital.

Ms Gosal said: “It was an absolute privilege to be asked to speak at the celebration and I’m very grateful for the time I spent at the Consulate.

“I would like to commend that Consul General and his staff for arranging such an incredible cultural event.

“Indians have made such a positive impact on the United Kingdom, and as the first female MSP elected to the Scottish Parliament from an Indian background, it’s right we celebrate the success that India has made of its independence.”