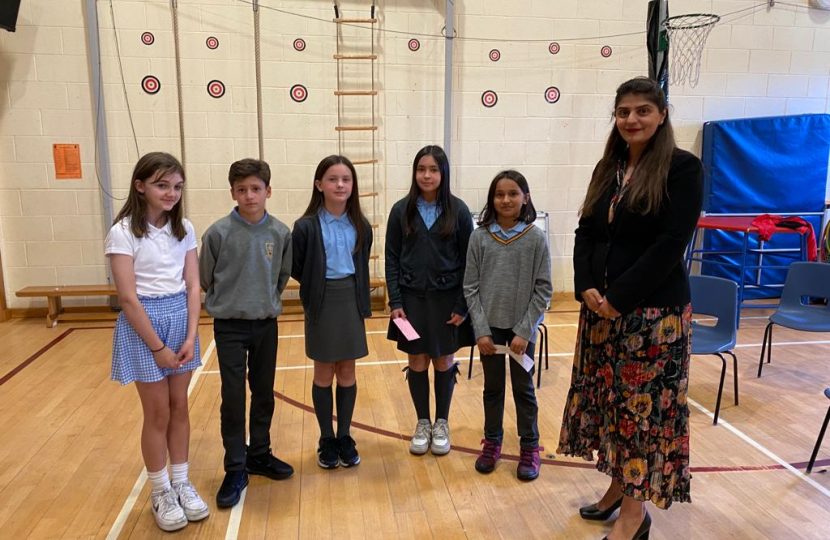 Over 6 years ago the First Minister stood at Wester Hailes Education Centre and proclaimed with no ambiguity that closing the attainment gap was her Government’s main priority. She even cited it as a ‘moral challenge’, and has previously stated that we should judge her by her record on education,

The First Minister was correct – closing the attainment gap should be a priority for any Party in Government.

However, this makes it all the more regrettable that week-in-week-out, opposition politicians are drawn into the Chamber to defend Scotland’s poorest children from damning cuts to public services that remain essential for lifting children out of poverty and supporting them through their education.

Child poverty has been stagnating under the SNP since 2013 and remains relatively unchanged since then.

But there was hope under the targeted system of attainment gap funding – directed at key challenge authority areas – that we would finally see notable improvements in closing the poverty-related attainment gap. Sadly, it continues to grow.

Before we could see any progress from the attainment challenge funding, the SNP made the decision to pull this funding and redistribute it across all local authorities. These are the actions of a Government that has run out of ideas and has resorted to shaking up the system in any way they can in the desperate hope that things will look better when they’ve finished.

In West Dunbartonshire, in my region, this will mean a loss of around £1.2 million by 2025-26. An Audit Scotland report revealed that, excluding Attainment Scotland Funds, spending on education has fallen in all attainment challenge areas, except in Glasgow City. It therefore would seem reasonable to assume that the lack of impact made by Attainment Scotland Funds is a result of the fact that the funding is merely plugging the gaping hole in spending on education in Scotland’s most impoverished areas.

In addition to this, it was recently reported that over £1.9 million of Pupil Equity Funding – another fund set to reduce the poverty-related attainment gap – has been used to pay for police presence in schools.

I recently visited a Primary School in Clydebank and a pupil asked me “what is happening with the attainment gap” and “why do we have different opportunities in life from somebody living 5 minutes away in Milngavie”? We often forget just how perceptive children are – their minds like sponges taking everything in. The Scottish Government must do everything in its power to ensure no child have to fret and stress over this.

Admitting defeat, the Education Secretary, Shirley-Anne Sommerville, has backtracked on plans to close the poverty-related attainment gap by 2026. However, the First Minister grappled with the opposition, saying the date remains firm. When questioned on this in-house disagreement, the Education Secretary was unable to guarantee whether her Government could meet this deadline, but fear not, she remains of the view that it is a workable goal.

Much remains to be done, in the absence of any clear strategy, for closing the attainment gap.

However, it is worth noting that there has been a small movement in the gap between school-leavers from the most deprived and least deprived quintiles going to university, reportedly helped along by the widening access mandate on Scottish universities.

As rightly pointed out by many, it is important that pupils from deprived backgrounds are given the chance of a university place, however the SNP’s flawed system has left many questions in its wake about a growing number of Scotland’s brightest pupils being locked out of universities due to caps on student places combined with the widening access targets.

Other notable concerns are that the Scottish Index of Multiple Deprivation in itself is flawed and may see deprived students that do not live in an SIMD 1-2 area fail to qualify under widening access targets, or the reverse, and see some of the least deprived students, who live in a deprived area qualify. This week I wrote to the Education Secretary, asking what will be done to address this issue.

The Scottish Government have presided over the Education Portfolio for 15 years. In those 15 years they have squandered untold amounts of public money on outdated education quangos that are tired, out of touch, and out of ideas. But worse than money wasted, is the missed opportunity to make a difference to the lives of Scotland’s children and young people.

The Scottish Conservatives will continue to hold the SNP to account on their failure to deliver for Scotland’s children and young people and continue to fight for meaningful change.