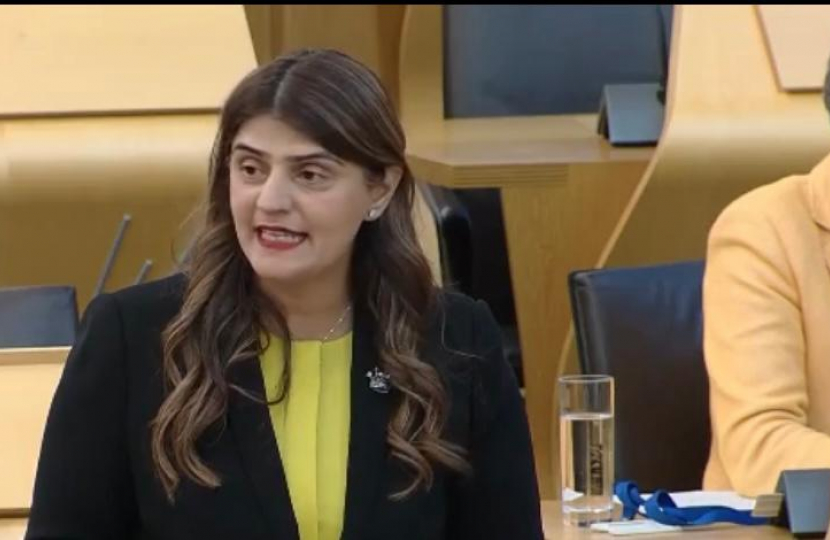 Last month we saw the SNP Government officially ‘renew’ their campaign for a second independence referendum by wasting yet more Parliamentary time outlining their plans to push for a likely-illegal referendum in October 2023. That said, this campaign has barely ever stopped since the first referendum in 2014.

Not content with wasting Parliamentary time last month – and cancelling a debate on Scotland’s drug deaths crisis in order to do it – last week Nicola Sturgeon chose to waste more government resources by making another speech on independence from Bute House.

If last month’s announcement on independence seemed completely tone deaf in the face of a cost of living crisis, and with frontline public services facing huge cuts in the coming years, then this second announcement shows that Sturgeon has learnt absolutely nothing from the outcry that followed last month’s statement.

The supposed purpose of this statement was to launch a new Scottish Government publication entitled ‘Renewing democracy through independence’. This is a publicly funded document that has drawn on civil servants’ time and resources at the worst possible time – all so that the SNP can continue to push on with their obsession with another independence referendum.

But while this misuse of public money is clearly treating the public’s priorities with contempt – it is also an attempt to re-write history. Because for the SNP to talk about ‘renewing democracy’ is something that comes with more than a hint of irony.

How can this SNP Government talk about renewing democracy when they are insistent upon ignoring it whenever it doesn’t give them the result they want? We have seen this continually since the 2014 independence referendum, where the SNP have used every excuse possible to call for a re-run of the vote. And this is to say nothing of their repeated attempts to overturn the result of the 2016 EU Referendum – another example of the SNP failing to accept democracy not going their way.

It is also the height of hypocrisy for this paper to accuse the UK Government of hoarding power (despite the Scottish Parliament receiving many new powers over recent years) while the Scottish Government have spent the last 15 years doing the same thing to local government across Scotland.

Ultimately, there is nothing new in this latest paper peddling the SNP’s ideological obsession with independence. There is so little substance to these rehashed arguments that a leading academic from the University of Edinburgh, Professor James Mitchell, has dismissed the paper as being ‘dismal, negative and uninspiring’.

I can only hope that this nationalist coalition take the hint from the Scottish public sooner rather than later. It’s time for them to give their obsession a rest, and to stop treating the Scottish people’s priorities with contempt.