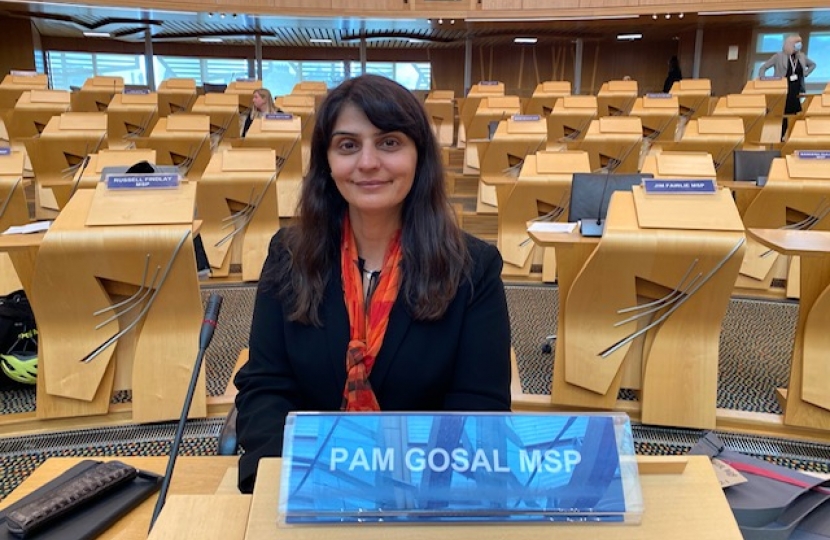 Scottish Conservative and Unionist MSP Pam Gosal is supporting calls from Universities Scotland calling on the SNP Government to urgently outline a safe re-opening plan for universities to allow them to plan ahead for students to return.

Pam, who is her party’s Shadow Minister for Higher and Further Education met with Universities Scotland this week to directly hear their concerns about a lack of any clear plan from the SNP Government as to how more on campus learning will be allowed.

Universities Scotland are concerned that talks have stalled with SNP Ministers since the Cabinet reshuffle which saw Shirley-Anne Sommerville replace John Swinney as SNP Education Secretary.

They are also seeking urgent clarification from the SNP Government over what social distancing measures will be left in place in universities as they seek to reduce social distancing from two metres to one metres to allow more students to experience learning on campus.

Pam raised the concerns from the meeting with Shirley-Anne Sommerville at a meeting of Parliament on Wednesday but the SNP’s Education Secretary failed to fully commit further than insisting that her Government were liaising closely with universities and colleges over safely re-opening.

Pam’s son completed intercalated degree last year at Glasgow University without stepping foot in the university, something she is keen does not continue to affect students going forward.

Scottish Conservative Shadow Higher and Further Education Minister Pam Gosal said: “It was clear from meeting with Universities Scotland that they are seriously concerned by the lack of any sort of plan from SNP Ministers as to how they can safely re-open to more students and staff.

“A reshuffle in the SNP Cabinet should not have meant a slowdown in discussions with the sector. Infact, there should have been an urgency to enter further dialogue and outline a clear timetable for universities and how they will give more students an on campus learning experience.

“There has simply been no clarification around what social distancing measures may have to remain in place. Universities are huge institutions and need sufficient time to plan ahead for more people coming back to learn and work on site.

“The answer from the SNP’s new Education Secretary to me was non-committal and failed to address Universities Scotland’s concern that the engagement is not happening quick enough.

“My own son completed a intercalated degree at Glasgow University last year without stepping foot on campus. While I’m obviously proud of his achievements, I was disappointed he didn’t get the full student experience.

“I’m keen to avoid that happening for students going forward which is why we must see a clear plan to allow our higher and further education to re-open safely and I’ll be working closely with the sector to hopefully achieve this in the coming weeks and months.”