The UK Goverment is delivering for Dumbarton 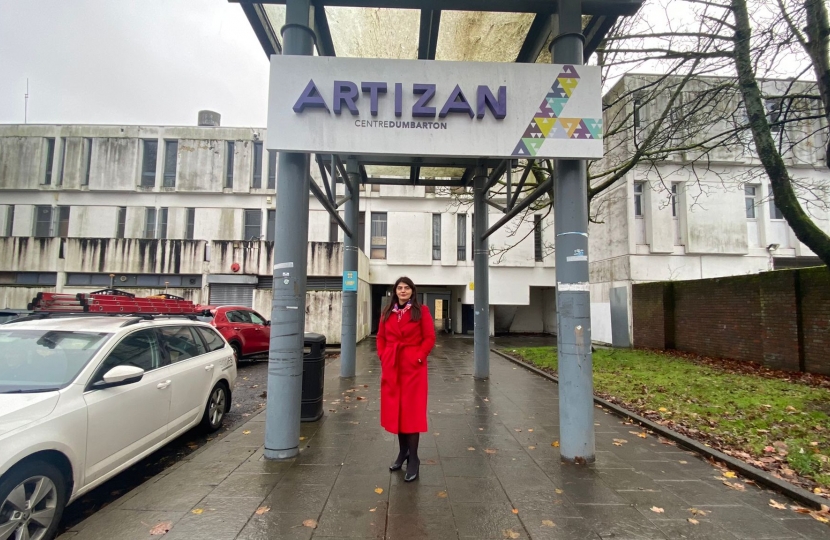 When the Artizan Centre was built in 1974 it was thought that it would bring people from all over the local area to Dumbarton for their shopping needs, instead of having them travel into Glasgow. For a while things went well for the centre and it was a hive of activity, with a variety of businesses providing jobs for local people.

However, as cars became more mainstream and public travel became more efficient it became apparent that Glasgow was a much more attractive prospect for retail. Eventually the centre started to see units empty and signs of decay began to set in in. It was decided that in 2005 that an attempt to revive the centre would take place and it was renovated in 2005. This was unsuccessful venture, and coupled with the economic downturn, the Artizan Centre wasn’t able to bring shoppers back.

Plans were approved by Councillors in June to progress with the development of the site, should they receive the appropriate funding, and thanks to the UK Government’s Levelling Up Fund, Councils all over the country were able to put forward bids to be awarded funding from a pot of £172m. West Dunbartonshire Council was successful in their bid for £19.9m to redevelop the site of the shopping centre.

The UK Government’s levelling up fund has given West Dunbartonshire Council the opportunity to revitalise the area and breathe new life into the town. It comes at a time when the town centres are struggling due to the harsh retail climate thanks to the ever-expanding nature of online shopping and a devastating 18 months thanks to the Coronavirus pandemic.

The funding announced by Rishi Sunak will be used by the Council to purchase the Artizan Centre and demolish the shopping area from the high street. It will also be used to redevelop the grade B listed Glencairn House into a state-of-the-art library, museum, and community facility. The newly redeveloped facility will house a publicly accessible archive with a variety of types of information which will be more accessible than ever before.

As well as this, plans will also include proposals for new homes, a recreational space, parking, and a host of other community resources. The Council also proposes to complete its Connecting Dumbarton project, which intends improve travel links between Dumbarton Central Station, the town centre, and the waterfront.

Dumbarton will be given a new lease of life and see a new level of regeneration. The UK Government is serious about its Levelling Up agenda and that is clear with its commitments in the town.