We Need a Plan for Our Recovery 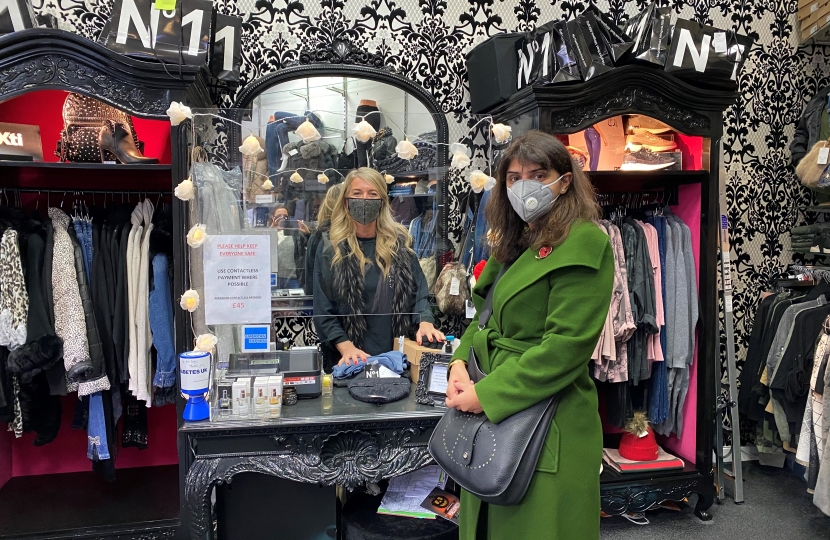 Ms Sturgeon advised the Scottish people last October that the “circuit breaker” lockdown would last for 16 days. She was confident that this was going to be the case  and we would be free of Covid, or that was the implication. However, we are still here, some 140 days later, and with no adequate road map in place to get us back to normality, or as it is often referred to as the new normality.

Throughout the last year The SNP Administration has sought to politicise the issue of the pandemic whilst failing to seriously address the problem. Any criticism levelled at them is met with a negative retort suggesting Scotland is in a better position than England. The daily broadcasts on the BBC are a smokescreen. The Westminster updates have the PM, or another senior cabinet minister, along with senior and respected experts giving educated UpToDate reports and then a Q&A grilling by the press and media.

Here in Scotland our FM stands at the podium repeating statistics, some of which have been misrepresentative of the actual facts. It is simply not good enough because it is patently obvious, they are failing us in so many ways. The question posed is, do the fully understand the real nature of the crisis? It has grown arms and now effects education, the economy and mental health. All have to be addressed to avoid chaos somewhere further down the line.

Covid is a worldwide epidemic and can only begin to be resolved with full cooperation between nations. The SNP, at every point, have attempted to follow their own agenda, when in fact many issues and decisions are deliberately delayed for a period and eventually prove to be very much in line with those of the Westminster Government. This just adds to the confusion. They claim Scotland is about two weeks behind England at any stage. Whilst that might be clinically the case it makes no sense not to pre-empt matters and bring solutions forward in advance of problems that are being tackled in England. This would make common sense but appears they think otherwise. This is by any standard irresponsible and is putting the health of the population at risk.

In Ms Freeman we have a Health Minister who is clearly out of her depth, and to all intents and purposes the mouthpiece for the FM and the policies she is formulating. This undermines the requirement to have a highly motivated and experienced minister in charge of Health and Welfare at this crucial period. It needs 24/7 detailed attention, and this is not the case it appears

It’s not the Administration that should take any real credit. The NHS staff ,the Paramedics on standby, the Ambulance crews, the ancillary workers have risen to the occasion ,as is so often the case. We are fortunate to have such loyal personnel on board. It comes as second nature to these exceptional people and they have single handily tempered the worst excesses of the pandemic, despite the inadequacy of the government responses.

Huge levels of funding have been passed to Holyrood by the UK Treasury, yet it goes by unacknowledged. Vaccines are being purchased by Westminster and fairly distributed across the nation, with the additional offer of Armed Forces assistance. Yet again unacknowledged. The SNP look to Europe for inspiration, ignoring the fact that had we been members as an independent nation the inoculation roll out would not have reached the level it has at present. The published figures, independently verified, tell the story and underline the strength of The Union.

The NHS is a devolved issue so it is Holyrood that has the responsibility to care and protect the population. The monies are available ,but on occasions ill spent by not reaching the areas that require additional support and funding.

Last week The PM announced a measured path to get out of lockdown. Dates have been earmarked for the different stages, with the proviso that circumstance might mean some changes. I think people and businesses accept this, but it has brought hope to all those south of the border that they are heading towards the exit door. This detail will help businesses get prepared to operate efficiently and shops to re employ staff and re stock their shelves.

Unfortunately, here in Scotland we listened with incredulity when the FM suggested that we were probably sometime off from relaxing the restrictions imposed on business such as hospitality, entertainment and travel. Certain levels of schooling are being relaxed over a period of time which is a step in the right direction, but the pace is questionable.

At the end of her address the air of despondency was so apparent. We need more detail; we need to know what plans are in place to allow the relaxation of lockdown across the board. Its beggar’s belief that the health and welfare of our nation and its economy are taking second place to the much-heralded plans for a second referendum which are being formulated. The expression “Nero fiddles as Rome burns” has some resonance in today’s Scotland.

The Scottish Government has failed and continues to fail the population. Utter confusion rages at the very heart of Government, and the victims, because of the lack of serious attention to the pandemic, are suffering. Inoculation figures are dropping. In some area’s cases of COVID-19 are rising. These points are simply regarded as statistics on the daily briefing.

Scotland is being poorly governed, Ms Sturgeon does not have the concerns of inadequate financing or the purchasing of the vaccines to contend with. She is left with the sole issue of logistics and that is not being handled well. Westminster, and ultimately the Union, are seeing Scotland through this period.

Scotland is in a very vulnerable place at present due to COVID and the long term physical and mental issues that arise because of the pandemic, and it is of great concern and must

be addressed immediately. Time waits for no man.