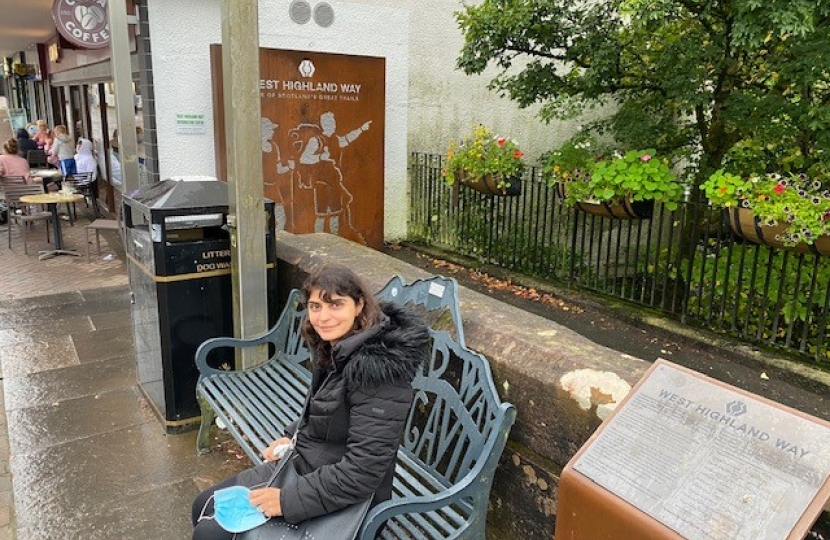 The West Highland Way is one of the jewels in the crown of the West of Scotland. Officially opened in 1980, its beginnings stretch further back to the early 1970’s.  The late Tom Hunter, an RAF veteran of World War II, was a remarkable man who felt that there were huge benefits to having long distance walking  routes as a way to not only help people get in touch with nature but also protect swathes of the countryside from development.

Tom had the idea to create a walking route from the Glasgow area to Fort William after walking on the east side of Loch Lomond and seeing the development on the west side from the top of Ben Lomond. This idea would later become The West Highland Way.

Work was carried out in the early 1970’s with help from Geographer Fiona Rose who carried out surveys of some 1,000 miles, on foot. Final approval for the trail would be granted in 1974 after agreements were reached with local authorities and landowners. It was officially opened in 1980 by the Late Lord Mansfield, making it the first designated long-distance path in Scotland.

The route is made up of various roads, paths, and trails, with some dating back to the Jacobite Rebellions. Most people tend to take between 5 to 8 days depending on their experience of walking long distances. In recent times the West Highland way has seen itself used for Ultramarathons where people run or job the entire 96 miles within a time limit of 35 hours. The current record holders are Robert Sinclair who ran the route in 13 hours 41 minutes and 8 seconds, and Lucy Colquhoun who ran it in 17 hours 16 minutes and 20 seconds.

“The West Highland Way is something that everyone who lives near it is proud of. Every year hundreds of thousands of people come to Milngavie to begin their long walk through some of Scotland’s most beautiful scenery, and we can’t wait to welcome them back after COVID. It is incredibly important to the local economies of the areas it passes through, bringing in an estimated £5.5million.”

“It is also a crucial asset to those who live nearby, who use it to keep their mental and physical health in top shape.