Action to tackle violence and abuse against our teachers is long overdue. 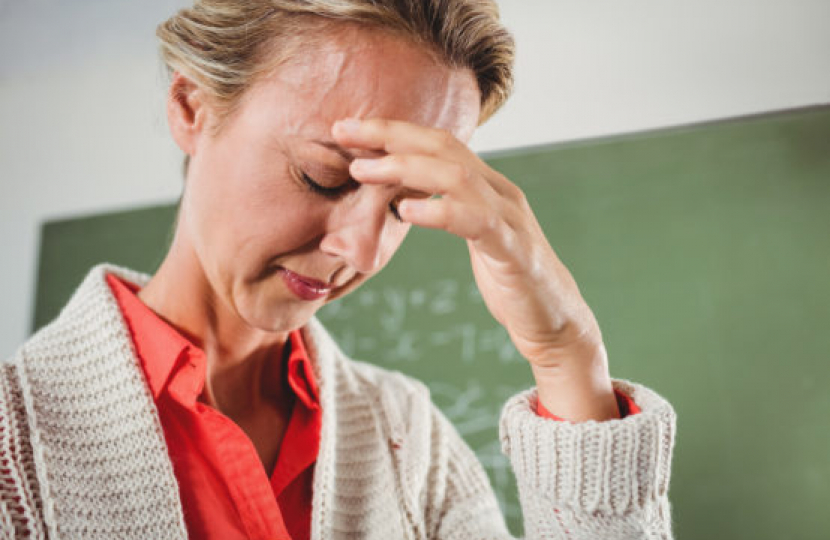 Earlier this year, I asked the Education Secretary, Shirley Anne-Somerville, what action the Scottish Government is taking in response to increasing violence and abuse aimed at teachers.

Rather predictably, she said ‘if there is a requirement for further support from the Government…as they target that abuse then we would, of course stand ready’.

Well, the time for this SNP Government to step-up is long overdue: last year, an EIS survey revealed that 17.8 per cent of teachers who responded identified violence from pupils as the biggest cause of stress in the past 12 months.

The SNP Government have also said they wish to see local authorities and teachers work together with pupils on the underlying reasons behind inappropriate behaviour.

However, without time, money, and resources – a solution along these lines will be unlikely to be forthcoming.

The Scottish Government has left councils short-changed through the chronic underfunding of local authorities since 2013, which has impacted funding for school education, slowed investment in Additional Special Needs (ASN) teachers.

Meanwhile, teachers have been expected to also play the role of psychologist, family councillor, and behavioural expert.

We cannot expect effective knowledge and skills accumulation when teachers and pupils are continuously interrupted by violent and disruptive students, with no real mechanism or training for dealing with such behaviour.

We believe that more devolved powers to headteachers to give them a choice in how best to allocate funding based on the needs of their school. For example, if a school has disruptive pupils, the headteacher could allocate funding for behavioural experts to deal with that, or invest in training courses for teachers to deal with disruptive behaviour, allowing them to get back to their real jobs of teaching pupils who are there to learn.

We would combine this with central grant funding that is linked to school performance, giving headteachers, and teachers alike more incentive to be innovative within their schools based on best practice.

We have also seen innovative proposals to reforming pupil behaviour from the UK Government, who have recently published proposals for teachers to have access to a fully funded training scholarship for a ‘National Professional Qualification in Behaviour and Culture’, providing them with the necessary skills to create an effective classroom culture and reduce poor behaviour.

Ultimately, a lack of ambition and innovation on the part of the Scottish Government, alongside damning cuts to local authorities, have led to an education system that is acting with one-hand tied behind its back, and is placing increasing emphasis on inclusion at the detriment to learners, and teacher well-being.

All too often, pupils are being allowed to get away with violent and abusive behaviour, which is only harming both teachers, and pupils themselves, in the long run.

We will continue to put pressure on this SNP Government to undertake a complete overhaul of the education system, and put learning back in its rightful spot as the central focus. This requires an evidence-led approach to empowering schools, teachers, and pupils.

Teachers do a great service to our children. They shape them, help them to grow and develop, and set them up with skills to allow them to prosper. They should not have to suffer in silence due to this issue any longer. For the sake of teachers, and for young people’s education, we must ensure this issue does not go unaddressed any longer.

Myself and my colleague Liam Kerr MSP, who has also been vocal on this issue and is keen to put an end to it, have written to the SNP Government pressing for further action on this issue.