Support for our precious high streets is long overdue 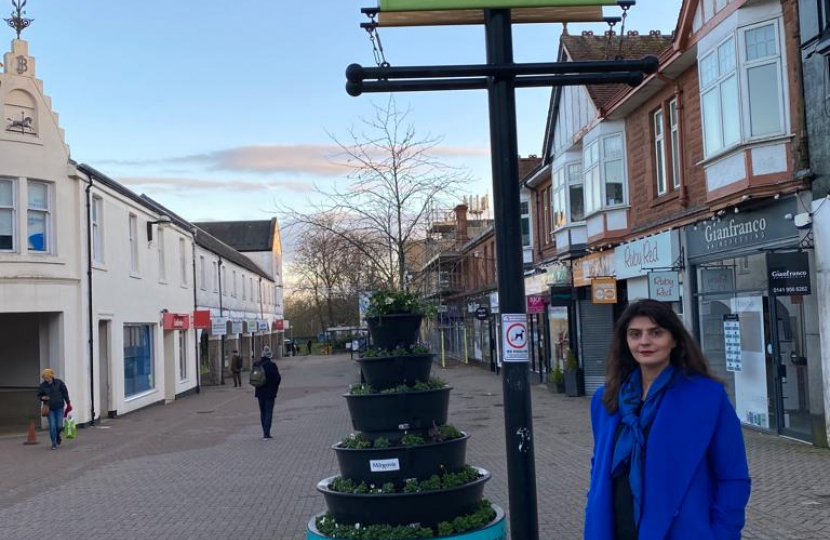 Much like other MSPs across Scotland, I have become aware of the report by the Centre for Cities which has shown huge reductions in high street sales over the last year.

In addition to this, the tightened restrictions over the Christmas period meant that people simply did not feel comfortable doing their Christmas shopping in their local high streets as they normally would. This meant shops missed out on a vitally important and often fruitful business period. Consequently, Scottish businesses have started 2022 following a period of both reduced footfall and reduced spending.

But despite the gradual demise of Scotland’s high streets being a long-term problem, the SNP have been unwilling to take serious action to tackle this issue and by ignoring the needs of the high street, we will continue to see our locally loved places struggle.

For example, the ‘Scotland Loves Local’ loyalty cards scheme, with its mere £10 million of investment, is a poor attempt from SNP to stoke interest from shoppers to go out and shop local again. More must be done to support local high streets and businesses directly. Without further action, we risk losing a precious part of our community.

That is why the Scottish Conservatives have continuously called for measures such as a full year of 75% business rates relief. Unfortunately, such calls have been repeatedly ignored in yet another example of the SNP’s hostility towards business.

However, thanks to investment from the UK Government, it is not all doom and gloom for Scotland’s high streets.

The future looks bright for Dumbarton Town Centre, for example. West Dunbartonshire Council was recently granted a £19.9m Levelling Up grant to support its ambitious plans to regenerate the town centre. This has the potential to boost footfall and increase future investment, which has slumped since the pandemic began and has yet to recover.

The plans include a combined project to transform Glencairn House into an archival collection of local history and a library with non-fiction and fiction books on offer and public computers. Projects such as this have the potential to attract both locals and tourists alike.

I am delighted to see the impact of the UK Government’s Levelling Up grant on future plans for the area and the creative use of funding by local government. It is long overdue that local businesses have some reprieve from what has and continues to be an uncertain and difficult period for many.

Ultimately, however, local businesses remain an afterthought for this SNP Government.

Without UK Government funding, innovative community development projects such as this simply wouldn’t happen. Going forward, the onus now lies with the SNP Government here in Scotland to follow the UK Government’s lead and give our high streets the helping hand they have never needed more than here in 2022.