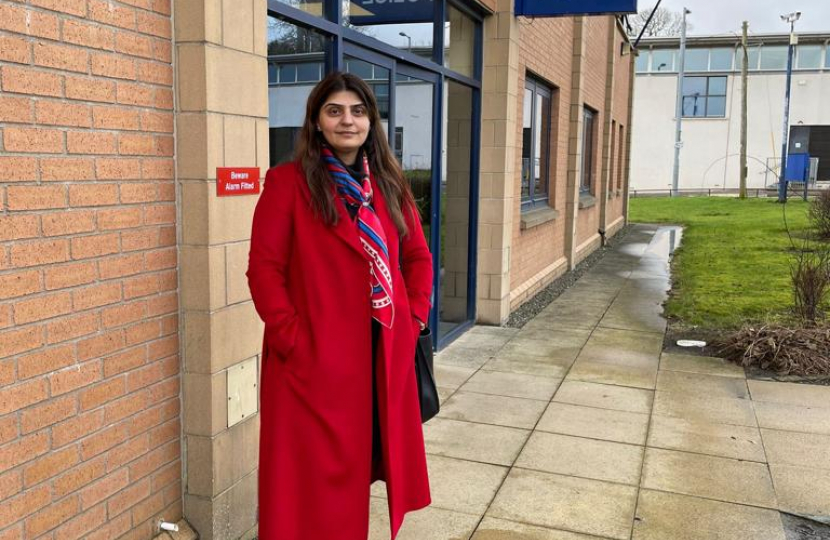 The SNP's recently announced Spending Review was yet more bad news for Scotland’s public services. SNP mismanagement of our finances has now led to a £3.5 billion black hole - a major funding gap. This is despite the government having received the largest ever block grant in devolution history (£35 billion in 2022-23), which is set to rise in real terms every single year throughout the lifetime of this Parliament.

In her Spending Review, Finance Secretary Kate Forbes MSP admitted the UK Government provided £7 billion more than the SNP Government had expected would be the case as recently as four years ago. But despite these increases, financial mismanagement will now result in further cuts to public services.

The justice and policing budget faces real-terms cuts during the lifetime of this Parliament. According to the Scottish Fiscal Commission (SFC) By 2026-27, the Justice and Veterans budget will be cut by 4 per cent after adjusting for inflation. This is a breach of the SNP’s manifesto promise to protect police funding in real terms, wherein they stated that “We will protect the police resource budget in real terms for the entirety of the next parliament”.

On education the situation is even worse. According to the SFC, by 2025-26, the Education and Skills budget will be 5 per cent less in real-terms than it is this year. Funding for a referendum is more than the increase in funding for the entire education portfolio next year – showing exactly where the SNP’s priorities are.

Local Government is already struggling, but the SNP are planning to cut their budget by 7 per cent in real-terms by 2027. Local Authorities will be left with two options; make savage cuts to their budgets or make further significant increases in Council Tax. It will likely be a combination of both, leaving local councillor’s with very difficult decisions to make.

Another substantial cut will hit our rural and island communities. The Rural Affairs and Islands budget will be 7 per cent smaller in real terms by 2026-27 in comparison to this year.

The Institute for Fiscal Studies have backed this up and confirmed in their response to the SNP Government’s Spending Review that ‘Budgets for local government, the police, prisons, universities and rural affairs are due to fall by around 8 per cent in real-terms over the next four years.’

Worryingly, the Scottish Government funded a number of permanent policies with COVID-19 funding last year. The IFS reported: that ‘The Scottish Government plans to use part of its temporary COVID-19 funding to fund a number of more permanent policies – including an expansion of free school meals and bus passes, extra funding for councils and NHS mental health services, and potentially some of the costs of higher public sector pay.” However, the IFS noted that from 2022-23, the money for these policies will likely have to be found from within the Scottish Government’s ‘core’ funding. It is deeply financially irresponsible to expand core services from what was in effect temporary emergency funding.

I hope that this shocking Spending Review will serve as an eye-opener to so many. The SNP are wasting time and money on a second referendum and mismanaging our finances despite the fact Scotland is receiving bigger block grants than ever before. Scotland needs change, and I will continue to do all that I can to hold the SNP to account in Parliament to achieve this.